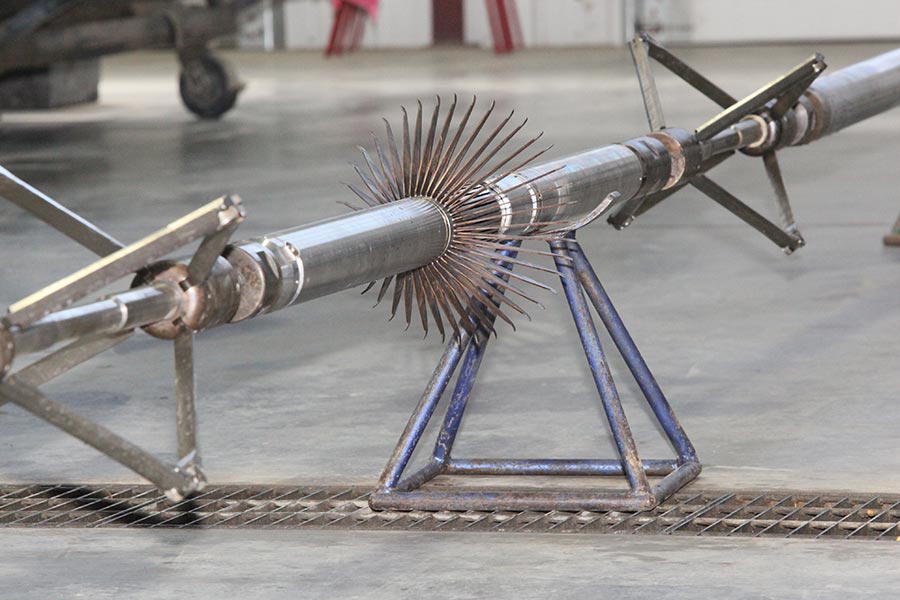 An important part of production logging is the physical inspection of the well completion string for corrosion or damage which may result in further problems. Below will be discussed some of the most commonly utilized casing inspection methods. Most will measure current levels of corrosion. All inspection methods except caliper logs will require tubing to be pulled prior to the survey.

First, electromagnetic tools are most commonly used for casing inspection. There are two types: those that measure the depth of metal in a casing string and those that detect physical defects in its wall. Both consist of a transmitter coil and receiver coil, sending an alternating current through the transmitter coil. Proper coil spacing establishes that the alternating magnetic field’s flux lines sensed by the receiver coil have passed through the casing.

The second type of casing inspection tool to be discussed is caliper logs. These are varying arrangements of mechanisms that can gauge the internal shape of a casing string. Especially valuable where drilling maneuvers has been carried on for a long time, the casing caliper is also useful when abandoning wells as it allows casing grading to be salvaged.

Another form of casing inspection device is electrical potential logs. These measure the direction and magnitude of the galvanic current entering and leaving the casing, thereby indicating the location of corrosion as well as the amount of iron being lost. Electrical potentials are gaged at fixed intervals for the mathematical derivation of such data. A downfall to this technique is that when aqueous solutions such as mud fill the casing holes, the data will be warped and the measurements invalidated.

A fourth type of casing inspection tool is the bore hole televiewer, a mechanism with remote scanning capabilities. The BHTV – the oldest such device- produces an image of the casing bore hole using a rotating ultrasonic transmitter and receiver. Others use a television camera and intense light source to transmit a visual image.